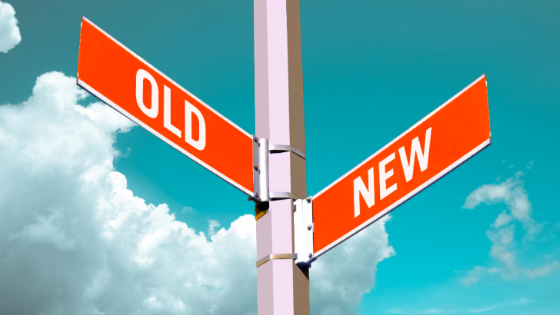 There is a perception among people who are new in the space that an older Network Marketing company is not worth joining.

But just because a company is old doesn’t mean it is not good company to join.

An old company has its advantages. It has a solid corporate team, a strong infrastructure, and successful operations that are running like a well-oiled machine.

Just because a company is two or four or even 10 years old doesn’t mean everyone has heard of it. There are companies that are 20 and 30 years old that most people have never heard of.

In fact, most of the world’s population still doesn’t know what network marketing is. They don’t understand it, they don’t know how to evaluate an MLM company and probably wouldn’t even be able to name three companies if you’d ask them.

The industry is still young that most people have either never heard of it or don’t know how to take advantage of it.

But just because a company is old and well-established, it doesn’t mean it’s good for you to join.

You may have heard company owners and promoters saying:

“The top earner hasn’t even joined yet.”

Often times that’s true. And its quite the statement for an older company that’s been operating for 2 decades or more.

The reality is that very rarely is the top earner the very first rep joining the company.

For example, the number one earner in Amway for many years was a woman in China. She overrode the majority of the production coming from China and was making nearly 2 million dollars per month for quite a while. She joined Amway when it was well over a 20 year old company. She was their top earner and for the companies first 20 years, it’s true: “She hadn’t even joined yet!”

While it’s true that you can join an older company, work hard, and do well, it’s also true that new companies typically present advantages that old companies can not offer, especially when it comes to the question of timing.

Just recently, an MLM company became the FASTEST company in the industry to hit 1 billion dollars in sales in just over 18 months and its top earner is earning two million dollars per week! Yes, you heard it: Two Million Dollars PER WEEK.

Although new companies typically present more attractive timing they can have their challenges. It is true that many network marketing companies fail in their first 10 years.

Thousands of companies start but most don’t last.

They don’t make it for reasons other than what one would think at first impulse. The majority of companies don’t get shut down by the FTC or get shut down from any legal compliance issues like most would think. Most companies go out of business from internal struggles or cash flow issues. They implode from inside-out.

Most companies don’t last more than 10 years because 10 years in business is a great accomplishment for any company in any industry with any business model.

So if you’re looking for a cash grab or a quick buck, the age of the company matters much less than if you’re looking to plant your flag in company that will be around to pay you residual income for years to come.

If you build something that continues to grow and produce revenue you should be rewarded long term, right?

To be rewarded long term, the company has to be one that has been or will be around long term.

The younger the company, the more you want to do your due diligence in evaluating it.

Joining with a young company can be a double edged sword.

On the one hand, you have the advantage of its unique timing that brings an accelerated opportunity and potential to create a 7-figure income in two years instead of 20 years.

On the other hand, you have the disadvantage of unpredictability and going through the growing pains of a start up company.

It takes someone with thick skin and a big vision to go take a chance on a startup.

If a company is new you have a greater shot at becoming a top producer. You also have real chance in shaping the direction of the company by being included in decision making processes.

If you join a company that is older, you have to fit into its norm. You have to jump on board with the way things are done. You will find lots of seasoned leaders who have built large organizations who like things the way they are and intend to keep things that way.

When a company is new you don’t have stories of people who have been earning massive incomes for years to share with prospects to give your story credibility. And when you’re in an old company, you have to deal with people telling you “But wouldn’t you rather to be in early in a young company, so you can get in at the top?”

People who say this don’t understand that everyone starts at the top of their own team. It’s what they do next that determines whether they make it to the top of the charts or not.

Many things are out of your control when you’re building a network marketing company.

You don’t control the products or the compensation plan or the accounting or the legal compliance or the hiring in corporate or the marketing materials they put out but that’s the best part.

You don’t have to deal with any of the headaches of actually running the company. You have total and complete control of when you work, who you work with, and how hard and ethical you work.

You control what company you join and what you say to promote it.

You control the message that you convey to help people see the benefits of being a part of your new project.

The age of a company is not a deal breaker, but it is something you want to be aware of, so you can ask the right questions. The answers you gather will help determine joining something you’re excited about with your eyes wide open, which will give you the belief you need to take massive action and start achieving your goals.

So the right question to ask in your evaluating process is this:

#33. How old is the company and do I have a real chance to be one of the top earners?

The next several blogs will be centered around the topic of timing and we will flesh it from different angles to help you make your best decision.

For you to be successful in network marketing or any business, adopting a self-starter mentality

What Unicorn Up-lines Can Do for Your Business?

Do unicorn up-lines exist? Most reps only get on the radar of their high ranked

Unicorn Up-lines? Do they exist?

One of the biggest reasons why new distributors struggle, give up, and don’t get the

Learn From Where MLM Pros Are Going!

When a company is just launching, it often attracts top professionals and full time leaders

When you catch a company at a special, once in lifetime, timing, then building it